You are here: Home1 / Taxotere Alopecia

As a growing number of Taxotere lawsuits continue to be filed by women nationwide, alleging that Sanofi-Aventis failed to warn users of the breast cancer drug that they may be left with permanent hair loss, both plaintiffs and the drug maker indicate that they are in favor of centralizing the cases before one judge for coordinated pretrial proceedings.

Taxotere (docetaxel) is a high potency taxane-based cancer drug, which was introduced by Sanofi-Aventis in 1996. While it was promoted as superior to existing low potency taxanes, such as Taxol, women have reported experiencing permanent hair loss problems from Taxotere.

While hair loss, or alopecia, is a common side effect of chemotherapy, it is usually temporary. According to allegations raised in Taxotere hair loss cases filed in U.S. District Courts nationwide, Sanofi-Aventis knew that their treatment was no more effective than alternative breast cancer treatments, yet carries a substantial risk or permanent alopecia.

However, plaintiffs allege that false and misleading information was provided to consumers and physicians. 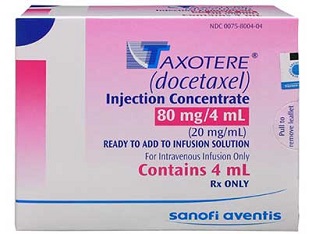 Plaintiffs maintain that Sanofi-Aventis knew or should have known about the link between Taxotere and hair loss problems that continue for years following treatment, yet placed their desire for profits before consumer safety, providing false and misleading information to the medical community in the United States.

However, in several other countries, Taxotere warnings have been updated to include information about the risk of permanent hair, but the same information was not provided to American women and doctors.

As early as 2005, studies have found that women face a substantial risk of permanent hair loss with Taxotere, including findings that indicate one out of every 10 patients treated with Taxotere suffered hair loss that lasted up to 10 years and five months following chemotherapy, and in some cases longer.

If the cases are centralized before one judge for coordinated discovery and pretrial proceedings, it is likely that a small group of cases will be prepared for early “bellwether” trials to help gauge how juries may respond to certain evidence and expert testimony that will be repeated throughout the litigation.

While the outcome of such early trials will not be binding in other cases, they may help the parties reach Taxotere settlements for women suffering permanent hair loss problems, avoiding the need for dozens of individual trials in courts throughout the U.S.

It’s there – like a sub audible hum – underneath Sanofi-Aventis’s decision not to disclose the risk of permanent Taxotere hair loss. It will certainly be there, underpinning the drug manufacturer’s offers to settle the lawsuits according to National Trial Lawyers.

The effort to minimize the harm that Taxotere alopecia does to breast cancer survivors, though rarely said aloud, goes a lot like this:

Permanent baldness can be devastating for women. Hair loss reportedly causes more psychological pain for some breast cancer survivors than the loss of a breast. Yet, evidence suggests that Sanofi-Aventis chose to hide the danger, minimize it, and play it down when it happened.

Motivation is anyone’s guess. It’s just hair, and you know how women can be about that.

Studies show that for women more than men, sexuality, attractiveness, and personality are symbolically linked to hair.

Hair loss can seriously affect self-esteem and body image. In a study of cancer patients with and without alopecia, those with alopecia had a poorer body image and worsening self-concept after the loss.

In other, research about 40 percent of women with alopecia report marital problems as a consequence, and about 63 percent claim to have had career related problems.

Christine tells a more personal story: “I will never forget leaving the dermatologist’s rooms after being told that my lack of hair growth was due to my particular cocktail of chemo drugs, the likely culprit being Taxotere.

I was utterly devastated as I felt I had lost my femininity and aged another 20 years, all at once. It was so much worse than losing a breast to cancer, because that could be fixed – I had undergone a reconstruction.”

The FDA approved Taxotere in 1996. At the time, patient warnings included only information about temporary hair loss. As early as 2009, European labeling for Taxotere warned of cases of permanent alopecia.

Studies over a number of years reported permanent alopecia in between 6 and 15 percent of patients. Not until 2015, however, did the FDA update US safety warnings to include the possibility of permanent baldness.

Were Taxotere the only effective drug on the market to treat breast cancer, patients’ decision-making might have been different. However, studies suggest that paclitaxel (marketed as Taxol in the US) is just as effective at combatting cancer. It appears to be less toxic than Taxotere.

It’s also a generic and cheaper. The choice for patients has not been about life or death, but between treatments that have more and fewer side effects and may cost less. 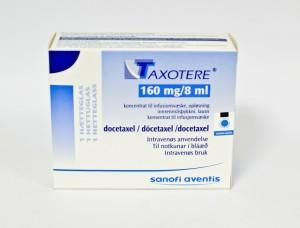