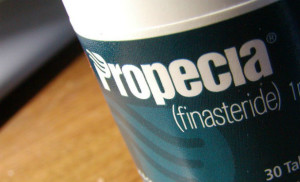 Adding to the tally of lawsuits making their way into the Propecia multidistrict litigation (MDL) in the Eastern District of New York is a recent case filed by a Minnesota couple alleging serious and potentially permanent harm resulting from the husband’s use of finasteride as a baldness treatment.

According to the complaint, the male patient was prescribed and regularly took Propecia (finasteride) from 2002 to 2007, and while using the medication, he began to experience cognitive impairment and severe sexual dysfunction that did not disappear even after he stopped his treatment.

The Minnesota husband and his wife now allege that Merck fraudulently concealed information about the risks posed by the drug, developed and marketed a defective and unreasonably dangerous product, was negligent in its promotion of the drug, and breached express and implied warranties.

The lawsuit seeks compensatory, special and punitive damages in excess of $100,000.
Factual underpinnings of Propecia side effects lawsuit

The U.S. Food and Drug Administration (FDA) first approved Merck’s Propecia as a treatment for male pattern baldness in 1997, and it has since been used for that purpose by well over a million individuals.

The drug maker has long touted Propecia as a safe, effective treatment posing minimal risk of side effects, though its labeling did state that a small number of patients may experience sexual dysfunction and/or depression.

By 2006, European regulatory agencies began investigating allegations of serious Propecia sexual dysfunction which did not abate once patients stopped using it. Merck subsequently made labeling changes to Propecia sold in Sweden, Italy and the United Kingdom, alerting consumers to the possibility of persistent or even permanent sexual problems stemming from use of the drug, even after the cessation of treatment.

Despite multiple labeling revisions in the United States, Merck has yet to comprehensively warn patients of the likelihood that sexual dysfunction resulting from Propecia use is often of a lasting and debilitating nature.
Plaintiffs allege failure to warn

In support of their allegations, the plaintiffs in this lawsuit reference research suggesting that sexual dysfunction among finasteride users occurs at a rate of roughly 39%, and only half of those patients regain full function once they discontinue the treatment.

The complaint argues that Merck fraudulently concealed its knowledge of these dangers for several years prior to its filing, precluding any defense assertion of the statute of limitations. The plaintiffs further allege that the drug maker designed, produced, marketed and sold products that were unreasonably dangerous and defective when used in an intended and foreseeable manner.

Breach of implied and express warranties, negligent infliction of emotional distress and loss of consortium causes of action round out the plaintiffs’ complaint.

In light of the severe injuries, pain and suffering, economic losses and emotional distress suffered, the plaintiffs argue, Merck should be required to provide compensation well in excess of $100,000.
Propecia MDL continues to build

The Propecia MDL was created in April, 2012 as a means to centralize federal lawsuits containing common fact scenarios, injuries and allegations.

The purpose of the MDL is to streamline pretrial processes, achieve judicial economy and prevent inconsistent rulings. So-called “bellwether” trials are the first to take place and often set the stage for large-scale settlements, depending on the juries’ response to the parties’ evidence and legal arguments.

As of this summer, over 1,200 Propecia lawsuits have been included in the MDL, with bellwether trials yet to occur. The ultimate scale of this litigation remains to seen, and it is still uncertain whether a global settlement between Merck and those alleging serious harm stemming from the drug will be reached.

In the meantime, Propecia lawyers nationwide continue to review cases that could potentially join the ongoing MDL.