Blog - Latest News
You are here: Home1 / Lasercomb2 / Efficacy and Safety of a Low-level Laser Device in the Treatment of Male... 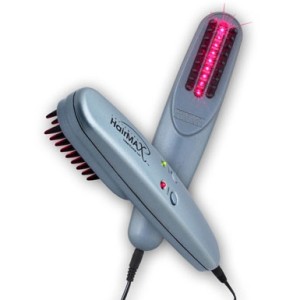 In recent years, a number of commercial devices using low-level laser therapy have been promoted, but there have been little peer-reviewed data on their efficacy.

To determine whether treatment with a low-level laser device, the US FDA-cleared HairMax Lasercomb®, increases terminal hair density in both men and women with pattern hair loss.

A total of 128 male and 141 female subjects were randomized to receive either a lasercomb (one of three models) or a sham device in concealed sealed packets, and were treated on the whole scalp three times a week for 26 weeks.

Terminal hair density of the target area was evaluated at baseline and at 16- and 26-week follow-ups, and analyzed to determine whether the hypothesis formulated prior to data collection, that lasercomb treatment would increase terminal hair density, was correct.

The site investigators and the subjects remained blinded to the type of device they dispensed/received throughout the study. The evaluator of masked digital photographs was blinded to which trial arm the subject belonged.

The increase in terminal hair density was independent of the age and sex of the subject and the lasercomb model.

Additionally, a higher percentage of lasercomb-treated subjects reported overall improvement of hair loss condition and thickness and fullness of hair in self-assessment, compared with sham-treated subjects. No serious adverse events were reported in any subject receiving the lasercomb in any of the four trials.

We observed a statistically significant difference in the increase in terminal hair density between lasercomb- and sham-treated subjects. No serious adverse events were reported.

Our results suggest that low-level laser treatment may be an effective option to treat pattern hair loss in both men and women.

Additional studies should be considered to determine the long-term effects of low-level laser treatment on hair growth and maintenance, and to optimize laser modality.