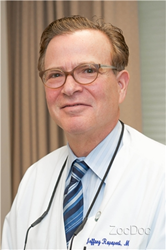 A New Jersey physician has been successfully using a new, nonsurgical treatment for hair loss in men and women that, he insists, could change the entire field of hair restoration.

Dr. Jeffrey A. Rapaport, a dermatologist for 30 years and head of the Cosmetic Skin & Surgery Center, was even featured in a segment on ABC-TV’s “Good Morning, America,” where he called platelet rich plasma therapy (PRP) “the best-kept secret in the world.”

Up until recently, the only alternatives for treating hair loss were pharmaceuticals – specifically, Minoxidil (such as Rogaine) and DHT blockers (Propecia, for example) – and hair transplantation surgery. PRP is a noninvasive option that targets androgenetic alopecia – the hereditary, profuse thinning of hair that comes with age.

Men comprise 70 percent of hair loss sufferers. Although not studied PRP has also been proven effective in some cases of traction alopecia, hair loss found primarily in women due to a pulling force such as that caused by tight ponytails, pigtails or braids.

“I had been researching PRP and read about it – and it sounded so good that I didn’t actually believe it,” he said. “I told myself, ‘This thing cannot work the way they say it works.’ Then I read an article that appeared in Dermatologic Surgery, which is the gold standard for peer-reviewed journals in dermatology.

Out of 64 patients in Italy, 62 got successful results. And when they reviewed the improvement, 40 to 60 percent was substantial. So I decided to prescribe it in my own office and and see if I could duplicate the results.”

With PRP, a patient’s blood is drawn and then spun in a centrifuge. The plasma portion is separated from the other portion of the blood by a special gel. The platelets and the growth proteins separate in the tube, and are then collected and injected into the scalp where the hair is thinning.

“I thought it was too good to be true,” Dr. Rapaport said. “I just couldn’t imagine taking someone’s blood, spinning it down, taking the growth factors and being able to get hair growth. So I was very skeptical at the beginning. As time went on, I became more and more of a believer because the results we’re seeing are pretty remarkable in terms of the regrowth in good candidates.”

What makes a good candidate? The best candidate for PRP is someone who has recently started losing hair, Dr. Rapaport said. It won’t work for those who are completely bald, and it won’t regrow all the lost hair.

But if there is hair present or hair growing, there’s a chance the technique will work. It is not a replacement for hair transplant surgery.

Dr. Rapaport developed what he calls the “rapid PRP technique,” which is more aggressive because it combines multiple monthly PRP injections with the fairly new technique of microneedling to stimulate hair growth, along with Rogaine.

“Initially I used just the injections, but I found when I used the combination of treatments, we got the best results,” he said. “Our treatments are being done a little more frequently to get the hair to come in a little quicker and more dense before going to the maintenance stage.”

The entire process, including the injection, takes about 60 minutes and costs about $400 or more per session. Dr. Rapaport recommends one treatment per month for the first four months and then two maintenance treatments per year.

“I’ve been administering PRP for six months now, and the results have been quite remarkable,” he said. “It’s not a home run for everybody, but almost everybody saw improvement with the PRP injections. It actually works on most people. I know – because I tried it myself because I had been losing hair on the crown of my head.”

Dr. Rapaport said that throughout his entire career, he has only seen a scant few game-changing significant breakthroughs in the field of dermatology. And he considers using PRP for hair loss to be one of them.

The one thing to note about PRP is that, although the process itself for separating plasma has been approved by the U.S. Food and Drug Administration, injecting into the scalp to treat hair loss has not yet been reviewed.

However, Dr. Rapaport noted, PRP has already been used successfully and safely in many other fields of – orthopedics, sports medicine, cosmetic surgery, oral surgery and neurosurgery.

About Jeffrey A. Rapaport, M.D.

Dr. Jeffrey A. Rapaport is Medical Director of Cosmetic Skin & Surgery Center in New Jersey, with offices in Englewood Cliffs and Old Bridge. Certified by the American Board of Dermatology, Dr. Rapaport is a Phi Beta Kappa recipient from Emory University and a graduate of the Emory University School of Medicine in Atlanta, Georgia.

After internship at Emory, he completed his advanced training residency at Thomas Jefferson University where he served as chief dermatology resident. He is a clinical instructor at Mount Sinai School of Medicine and Chief of Dermatology at Holy Name Hospital.