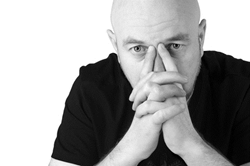 A Seoul court ruled Thursday that a hospital was responsible for a patient who lost much of his hair due to a faulty hair transplant.

The Seoul Central District Court ordered the two doctors who performed the surgery to pay 54 million won (S$65,000) in compensation to the patient.

The 25-year-old patient received a hair transplant in 2012 at a plastic surgery clinic in Seoul.

After the surgery, the patient developed a skin infection that left a 22-by-3-cm scar on his scalp.

As the hair did not grow due to the scar, Park became almost bald.

According to the court, the hospital had excessively cut the scalp during the operation, and did not give proper treatment until the skin had already died.

Scalp incisions are regarded as requiring extra care, since they can spark skin infections and damage skin cells.

The court said in its ruling that the hospital was responsible for paying for new plastic surgery so that the patient can recover.