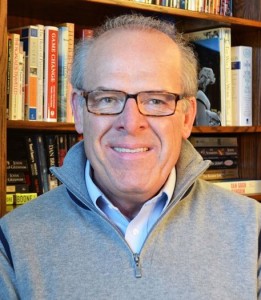 A new kind of vasoconstrictor – a drug that narrows blood vessels – could be the key. Hair loss, or alopecia, is one of the most dreaded side effects of chemotherapy, according to William Fahl, a cancer researcher at the McArdle Laboratory for Cancer Research, part of the UW School of Medicine and Public Health.

“Alopecia was ranked number two,” he says. “The only one worse than that was, essentially, having to explain to your partner that you could possibly die from this. “A second report showed that up to 8 percent of women were willing to forgo chemotherapy, simply to avoid losing their hair.”

Fahl explains chemotherapy drugs attack rapidly dividing cancer cells, but they also attack healthy hair follicle cells, which are some of the fastest-dividing cells in the body.

He says a simple, topical application of the new vasoconstrictor researchers are working on can save hair follicles.

And what led to the discovery? “It was equal parts hard work and screening and looking for an answer, and equal parts serendipity and just chance, which isn’t uncommon in discovery,”Fahl explains.

Fahl says in the UW cancer clinic, the single largest poster on the first floor shows women what they’re going to look like after chemotherapy so they can emotionally prepare themselves.

He says the next step toward bringing the new product to market is more clinical trials, which is a matter of finding the money to fund the trials.