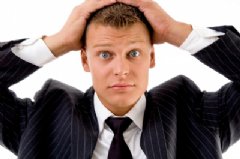 Almost 40% of men aged between 20 and 65 polled in the survey say they are showing signs of hair loss.

This rose to two thirds of men aged between 36 and 55 who said that, after weight issues, hair loss was more prevalent in their lives than ED, strong body odour or bad breath.

The survey – conducted by independent company Plus 94 Research on behalf of Alpecin Caffeine Shampoo to counter hereditary hair loss in males – also found that almost half of all men surveyed said hair loss affected their self-esteem.

A quarter said losing hair would affect their appeal to their partners and a third aged between 36 and 55 said it would impact negatively on their social life.

The survey, which was conducted on 600 men in Johannesburg, Cape Town and Durban also found:

Cape Town-based men spend more than their Durban and Johannesburg counterparts on their hair.

Almost 40% of respondents showing signs of hair loss are treating the problem.

Commenting on the results, Dr Colinda Linde, clinical psychologist and chairperson of the board of the SA Depression and Anxiety Group, said hair has historically been regarded as a sign of youth, health and vitality.

“In our appearance-obsessed society, there is pressure to look youthful and hair, along with other physical attributes, is seen as a significant part of one’s identity and status in society.”

He said early hair loss in men was largely hereditary and could be stemmed through regular use of the shampoo. “Research has proven that caffeine protects hair roots by extending the growth phases to their normal length, thereby facilitating hair growth well into old age,” Klenk said.