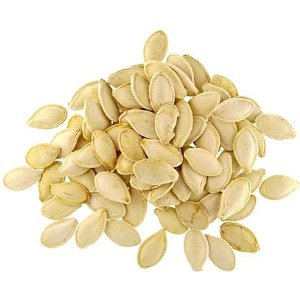 None of the patients had tried any previous medication, supplement or topical therapy for at least three months prior to the beginning of the study.

The researchers recruited 90 patients, but excluded those with high liver enzyme levels.

After three months and at the end of the study at six months the patients were assessed using blinded practitioner analysis, and given a point score, which ranged from -3 (greatly decreased) to +3 (greatly increased).

Each scalp was also photographed using phototrichography – which is a polarizing technology, allowing the hair loss region to be targeted and measured from the center.

In the photographic analysis, the researchers found that 44% of the group taking the pumpkin seed oil slightly or moderately improved hair growth, while 51% were unchanged and 2.7% – actually just one patient – had slightly more baldness at the end of the six months.

In comparison, among the placebo group, 28% had increased baldness and 64% were unchanged, while only 7.7% were slightly or moderately improved in hair growth.

The researchers found the treatment to be safe, with only one report of mild stomach upset during the trial.

This contrasts greatly with conventional medical treatments such as topical minoxidil and oral finasteride. The latter has resulted in adverse effects including erectile dysfunction and gynecomastia – the enlargement of the male breasts. Meanwhile, side effects of minoxidil include scalp itchiness and scaling.

As a result of side effects and lack of success, many men discontinue treatment of these drugs. A study from UCLA found that many finasteride users stopped their treatment shortly after starting. The study, which surveyed 1,261 patients, found that only a confirmed 414 patients (32%) continued their treatment past one year, while 297 definitely stopped taking the treatment between three and 15 months. The research concluded:

“A total of 414 men continued to take the medication, but only 211 returned detailed questionnaires. A small percentage of this group felt that they grew hair. The remaining patients noted poor results.”

Other research has found pumpkin seed oil can inhibit the 5-alpha reductase enzyme – implicated in slowing and stopping hair growth. This enzyme is involved in steroid conversion, including aldosterone, testosterone, cortisol and others.

About 95% of hair loss is due to this mechanism – androgenic alopecia.