Taxotere lawsuits filed on behalf of individuals who allegedly experienced permanent hair loss due to side effects associated with the widely-used cancer treatment continue to mount in the U.S. District Court, Eastern District of Louisiana.

An update provided by the U.S. Judicial Panel on Multidistrict Litigation (JPML) indicates that 1,491 Taxotere hair loss claims were pending in the Eastern District of Louisiana as of August 15th.

That represents an increase of 219 filings since the JPML issued its previous update in July, when 1,272 pending cases where reported.

Sanofi’s aggressive marketing of Taxotere eventually attracted the attention of regulators. In 2009, the FDA sent a warning letter to the company over marketing which the agency said “presents unsubstantiated superiority claims and overstates the efficacy of Taxotere.”

The JPML agreed to centralize all federally-filed Taxotere lawsuits in the Eastern District of Louisiana so that the growing number of product liability claims involving the drug could undergo coordinated discovery and other pretrial proceedings. 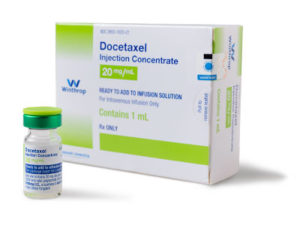 The complaints also cite several recently published studies that have suggested Taxotere could cause persistent alopecia, including:

Plaintiffs also point out that Sanofi notified the European medical community of this possible side effect in 2005, while the Canadian Taxotere label underwent a similar modification in 2012.

However, mention of permanent alopecia was not included on the U.S. Taxotere label until December 2015.