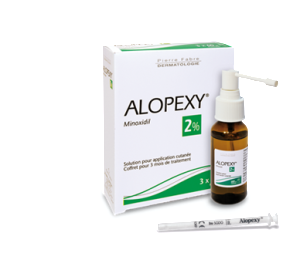 Minoxidil, best known as a hair-loss treatment, may cause dangerous side effects if kids are accidentally exposed to it, say the authors of a recent case study from France.

After a little girl swallowed less than a teaspoon of the product, she was hospitalized with a dangerously fast heart rate and dangerously low blood pressure that lasted until the next day, report the authors, who call for child-proof bottles and sale of the drug by prescription only.

“This is a very powerful hypotensive agent, some milliliters can lead to severe hypotension in an infant,” said Dr. Isabelle Claudet, lead author of the report in Pediatric Emergency Care.

Claudet, who heads the pediatric emergency department at Children’s Hospital in Toulouse, pointed out that Alopexy and Alostil – the brand names under which minoxidil is sold in France to treat hair loss – come with a pump dispenser, which is no longer child-proof once opened.

She told Reuters Health the drug should not be available either over-the-counter or on the internet. Claudet and her coauthors also want parents and dermatologists to be aware of the side effects in kids.

Minoxidil was originally marketed to lower blood pressure in hypertensive patients who had not responded to other medications. The drug has also been sold as a hair-growing solution for several decades.

Although generally considered safe, past research has shown that even a teaspoon placed on the scalp of an adult twice daily can cause rapid heartbeat, salt and water retention or, in some cases, heart attack, according to Claudet.

As a treatment for hair loss, the drug is typically sold in a 2-percent or 5-percent solution, according to the researchers. The standard dosage is one milliliter (about one-fifth of a teaspoon) applied to the scalp twice daily.

The seven-year-old girl in this study swallowed a bit less than a teaspoon of Alopexy (5 percent minoxidil) and was brought to Claudet’s emergency room after vomiting all night.

Her blood pressure on admission was 86/56 mm Hg, plummeting to 79/33 mmHg at one point. Her pulse was rapid at 149 beats per minute. She was given saline fluid, which had no immediate effect, but her blood pressure went back to normal on the second day.

The girl’s mother said she had been giving her daughter cough syrup for two days, and in the middle of the night when she heard the girl coughing, the mother accidentally grabbed the wrong bottle from underneath her own bed and gave her child the spoonful of medicine.

The dosage the girl ended up swallowing was 10 to 100 times greater than the therapeutic dose at which minoxidil is used to treat hypertension in children, the study authors note.

“The main problem is that it is considered as a safe product because it is used for its hair effect, but people forget its main indication as a hypotensive agent,” Claudet told Reuters Health by email. “At therapeutic dosage, there is usually no serious adverse effect, but for a child, some milliliters or a teaspoon can lead to long-lasting hypotension.”

A representative of Johnson & Johnson said their Rogaine brand products have “child-resistant features in most countries.”

Peggy Ballman, director of communications for the J&J Consumer Group, wrote in an email, “The product packaging for minoxidil, the active ingredient in both men’s and women’s ROGAINE Brand products, includes an important warning to keep the product out of reach of children,” adding, “We believe the first line of defense against accidental ingestion is parental supervision, secure storage and ongoing safe use education.”

Dr. Michael Wahl, medical director of the Illinois Poison Center, said many over-the-counter drugs could be dangerous for kids if taken at the wrong dosage.

“I think from a medication safety standpoint you always have to have the lights on, read the bottle to confirm the medicine you want to take and use the correct measuring device, like a syringe that will say 5 ccs or 10 ccs as opposed to a teaspoon or tablespoon from the kitchen,” said Wahl, who was not involved in the study.

“It really doesn’t matter if it’s minoxidil (or another drug),” he said, “because this error could happen with a variety of just about anything that’s in the medicine cabinet.”

Wahl added that while any potentially dangerous consumer medication should be child-resistant, neither better packaging nor selling the drug only by prescription would have likely mattered in the study case.

Claudet said she hoped the case study sent a message to manufacturers and retailers of minoxidil about its risks for children.