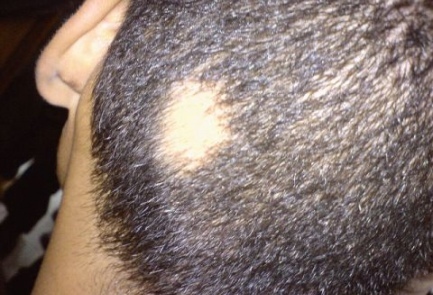 Researchers from Israel’s Hadassah Medical Center who gave a patient a cancer drug that is being studied as a possible treatment for rheumatoid arthritis discovered that the drug is also effective in treating alopecia areata, the autoimmune disease that causes baldness.

In most cases of alopecia—which is triggered by an inflammatory process around the hair follicle that causes it to fall out—hair loss is concentrated in the scalp, beard, and other parts of the body.

Dr. Yuval Ramot, an attending physician in the Department of Dermatology and Venereal Diseases at Hadassah, said there are currently “no successful treatments for the disease.”

“There is treatment with steroids, which suppress the immune system and have serious side effects, and can’t be administered continually,” Ramot said, Israel Hayom reported.

The new Israeli-developed alopecia treatment was discovered by chance when a 16-year-old boy, who in addition to alopecia suffered from a genetic disorder, was given a drug called baricitinib.

“It was like a miracle. His hair started to grow in the bald spots that had resisted treatment for years,” said Ramot.

Subsequent experiments on mice carried out in conjunction with researchers from Columbia University, as well as clinical trials, found the drug is indeed effective in treating alopecia.

Baricitinib “belongs to a family of medicines… known as JAK inhibitors that are currently used to treat inflammatory diseases or cancer,” Ramot explained.

“Since the mechanism at the root of alopecia areata is a process of inflammation around the hair follicle, the use of inhibitors on that path can be effective against this disease as well,” he said. “There is also evidence from researchers throughout the world that drugs from the same family have been shown effective in treatment-resistant patients.”

The research, which Ramot conducted with Professor Abraham Zlotogorski and Professor Yackov Berkun, was published in the EBioMedicine journal.