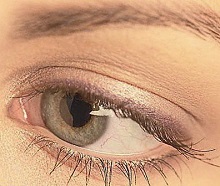 Rise in demand in UAE for beard and eyebrow implants

A desire for perfect eyebrows or a more grandiose beard means facial hair transplants are in great demand, according to cosmetic surgeons.

Fashion dictates that ladies should have an even, sculpted brow and men a long, bushy beard, but many people struggle to live up to that image.

Men who cannot reach the hirsute heights of their favourite sports or film stars and women who want their eyebrows reshaped or reimagined are keeping the appointment book of Dr Riad Roomi filled.

“The increase in eyebrow transplants is because a lot of women got their eyebrows lasered when it was the fashion to have a narrow eyebrow or had temporary tattoos and killed the hair follicles,” said Dr Roomi, plastic surgery and hair restoration surgeon at You New Plastic Surgery. “The follicles are sensitive, if you destroy them they don’t come back.”

A hair transplant involves grafting skin and hair from another part of the body, often the back of the head, and replacing it in the area that requires a boost.

The procedure has a high success rate and can work for anyone so long as they have enough hair to “donate”, are prepared to wait several months to see signs of success and can afford a bill of several thousand dirhams.

“It [the eyebrow graft] is your own tissue so your body doesn’t reject it,” said Dr Al Roomi. “You start seeing peak results in six to nine months.”

However, Dr Sanjay Parashar, chief executive of Cocoona Centre for Aesthetic Transformation, advised women seeking brow procedures to be aware of the pitfalls.

“Some women are looking for perfection immediately, it does not work that way,” he said. “It is a sensitive procedure. Hair density and quality in the back of the head and the brow are different.

“Brow hair is finer and does not grow, whereas back [of the head] hair can grow longer and may require frequent trimming.”

Hanan Hussein opted for a transplant after trying everything from brow growth serums to tinting and even extensions to fix her damaged follicles.

“I’m guilty of over-plucking; my brows were uneven. I turned to surgery and now have a natural looking arch,” said the 37-year-old.

Full density of a beard cannot be achieved in a single visit, and a patient may require several trips to the doctor. Each hair graft costs Dh10 with some procedures involving up to 2,000 hairs.

“You’re looking at about Dh20,000 for a full beard,” said Dr Al Roomi, adding that the number of men opting for beard transplants had doubled in recent years. “The younger generation like beards for fashion,” said the doctor, who added that others have religious reasons.

“I had a man who wanted to go to Mecca and wanted a pious look. He had a transplant before he went for his religious duties.

“People aren’t shy to say that they’ve had work done. It’s not a stigma anymore.”

Abed Khalil had a thin beard and underwent two operations to make it thicker. “I was fine with the first time but there was room for improvement,” said the 30-year-old who spent about Dh5,000 redefining his look.

“The procedure isn’t time consuming and the healing process isn’t bad but I suggest you ask a lot of questions first,” he said.

Vasilica Baltateanu, founder of plastic surgery consultancy VasilicaB, has noticed an increase in women asking for brow restoration. “I would recommend hair transplant instead of the tattoo,” she said. “I’ve seen beautiful results, but choose your specialist carefully.”