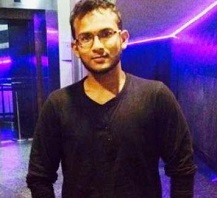 A final-year Madras Medical College student died a day after he went through a hair transplant procedure at a salon in Nungambakkam locality of Chennai in southern part of India.

The incident took place more than a fortnight ago and only came to light after the batchmates of the student filed a complaint with the State Directorate of Medical Education, the Times of India reported.

The family of the medical student had reportedly not lodged any complaint after his death, thus no postmortem examination was conducted. Doctors, however, suspected the potential cause of the death to be untreated allergy that the student developed after undergoing hair transplant procedure.

The salon, Advanced Robotic Hair Transplant, was licensed only for cutting and styling hair and not conducting advanced procedures.

The hair transplant was done by anesthetist Hariprasad Kasturi and MBBS graduate Vineeth SuryaKumar. The State medical council, on the directions of the health department, has issued notices to the two doctors. The Health Department has also sealed the salon.

The notices sent to the two doctors asks them to explain the reason for conducting a procedure for which they were not qualified and that too at a non-medical centre, according to the daily.

“We have issued notices to them. We have asked Dr Hariprasad why he did not stay in the salon till the procedure was completed.

We have asked Dr Vineeth how he performed the surgery without being qualified. Hair transplant is a surgery and Vineeth is not a surgeon,” K Senthil, president of Tamil Nadu Medical Council, was quoted by the TOI as saying.

The state health authorities observed that the anesthetist was not present through the procedure and had left the salon early.

The procedure was conducted for six hours at the salon, wherein tiny plugs of skin containing hair from the back of the scalp or its sides are implanted on the bald patches of the scalp under local anesthesia.

The patient’s condition deteriorated after he went home. His family later admitted him to Christian Medical College, Vellore, where he died. “Hospital reports said that he died soon after admission due to multi-organ failure triggered by delayed anaphylaxis and toxic syndrome,” Senthil was quoted by the daily as saying.

Anaphylaxis is an allergic reaction one develops after undergoing anaesthesia.