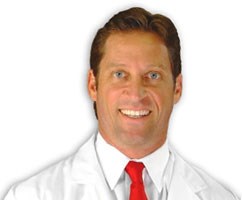 Alex Ford had been diagnosed with brain cancer when he was 12 years old. He lost most of his hair, and virtually all of his possible donor sites, to his cancer treatment. When he was a freshman in college, Alex wanted to explore his options.

One was hair restoration surgery. His twin brother Austin stepped up to offer his own hair for the cause, but the family didn’t know if twin-to-twin donation of hair follicles would succeed.

“I got online and searched for hair transplant surgeons,” recalled the boys’ father, Chuck Ford. “We live in Nebraska, but Dr. Charles, in Boca Raton, Florida, was one of the first surgeons I found. I sent him a message describing our situation. I asked if one of my twins could accept a hair graft from the other.”

Dr. Charles, himself the father of twin boys, was moved by Ford’s story, and pledged to help the family. He conducted months of research, donated his own surgical services, and connected the family with Operation Restore, a charitable foundation of the International Society of Hair Restoration Surgery (ISHRS), to cover hospital, travel, and accommodations.

“We took a conservative approach so we wouldn’t diminish Austin’s donor sites too badly in case the procedure failed,” commented Dr. Charles, “but it was a great success: virtually every hair took hold and grew. This August, we performed a second surgery and expect similar results.”

For more information regarding the ARTAS™ and hair transplantation, visit http://www.CharlesHair.com or call 561-395-5544.