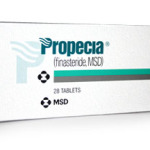 If how much Americans spend in a particular industry is an accurate indication of a valuable service, it should be noted that each year, men in the U.S. spend up to $1 billion for hair loss solutions.¹

According to the American Academy of Dermatology, hereditary hair loss – or androgenetic alopecia as it is medically referred to – is a condition that affects nearly 80 million men and women.

While there are numerous options for treating alopecia, hair loss expert and hair restoration surgeon Robert Leonard, DO, says using a multi-therapy approach is one of the most successful ways to prevent further progression of the condition

In a recent blog post titled, “What Is The Most Effective Approach To Hair Loss?,”

“With women, we utilize ROGAINE® and laser therapy only,” says Dr. Leonard. “Each one of these modalities works only on a percentage of follicles on the scalp, so two are better than one, and three are better than two in combination.

One of the very important things that I believe in my practice is prevention. I highly recommend Propecia®, ROGAINE® foam, and laser therapy to stabilize the progression of non-transplanted hair so we don’t have to keep catching up to further hair loss.”

Depending on the amount of hair a patient has when he or she begins treatment is also a critical factor that is taken into consideration. “Very often, I recommend patients receive medical and laser therapy prior to surgery,” says Dr. Leonard. “Some people who have lost just a very small amount of hair are ready to do a transplant and they think that’s the way to go.

That’s not the best approach. It’s not necessarily wrong to do a transplant at that stage, but it’s not prudent because we’re hitting a ‘moving target’. I really try to stabilize progression before making a surgical recommendation.”

In some situations, Dr. Leonard says patients can experience enough hair growth from the medical and laser therapies to make a transplant no longer necessary.

Regardless of the treatment type, Dr. Leonard notes that, ultimately, all his hair loss patients express the desire for natural-looking results.

“One of the biggest concerns a patient has is that the outcome is natural,” he says. “We all want to have a natural result, and with the techniques I offer, that’s almost a given situation. It’s very disconcerting for most people to lose their hair. So if we can restore it and they don’t have to think about it, it’s a really nice thing. Self-confidence and self-esteem – those are issues we try to treat in addition to giving people more hair.”