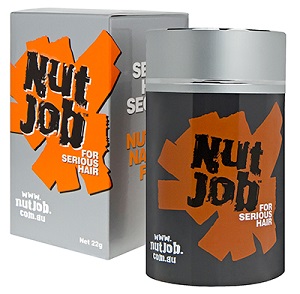 It’s not surprising, perhaps, that men who are losing their hair, especially those who are losing it prematurely, suffer from a lower self-esteem than those with full heads of hair.

In fact, a recent UK study by Wells, Willmoth & Russell found that men who suffer from hair loss are not only more likely to suffer from low self-esteem, but also depression, introversion and neuroticism and are more likely to report that they “feel unattractive”.

This finding was more marked in younger males who already have a higher rate of suicide than any other demographic.

A further American study by Hoerger, Quirk, Chapman & Duberstein (2013) found that the lead up to Valentine’s Day each year sees a rise in depressive symptoms amongst those with a propensity to feelings of depression.

These two studies together paint a worrying picture for young, single men who are experiencing premature hair loss.

Unfortunately, the research on dating does little to quell concerns with a further study finding that all other things being equal, men with full heads of hair are 5 times more likely to get a date than those who are thinning.

A lot of men who feel inadequate about their hair loss may resist trying to meet potential partners in real life settings and may in fact be more likely to sign up to dating apps like Tinder and RSVP where they can avoid posting a picture of themselves.

A recent study by online dating website RSVP (2013), however, found that dating profiles with photos received 11 times more interest than those without.

At this time of year, more and more men are turning to hair regrowth and hair loss concealment measures and the numbers grow from year to year.

Bambi Staveley, managing director of Nut Job, a popular hair fibre concealer aimed at young men, says that she sees an increase in sales at this time of year and often receives grateful emails from young men who are glad that they decided to put themselves out there again.

“I hear from a lot of young guys who have been single for a while because they’ve lacked the confidence to go out and talk to women they’re interested in. They are just so happy when they realise that this isn’t a problem they have to live with or spend a fortune fixing.” Mrs Staveley said.

“I heard from a young guy recently who had actually kept his hair loss a secret right up until he proposed. It struck me as really sad that he was actually relieved when his fiancée didn’t freak out!” Says Mrs Staveley.

“Of course, the right woman wouldn’t be deterred by a little visible scalp but it’s become apparent that these guys would have never had the confidence to meet these women in the first place had it not been for the confidence boost they got from Nut Job.” Mrs Staveley said.

Thankfully with the development of new concealing products, more young Aussie men will regain the confidence to keep up the search this Valentine’s Day.

Eight week supply of Nut Job Natural Hair Fibres is $39 and is available online at http://www.NutJob.com.au