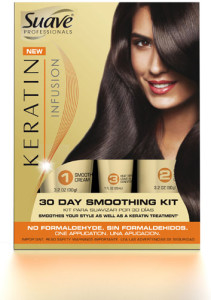 An Illinois federal judge on Wednesday signed off on a $10.2 million class action settlement between Unilever PLC and consumers who alleged one of its Suave brand hair products caused hair loss, casting aside objections from some class members that the payout was too small.

U.S. District Judge Ruben Castillo granted final approval to the deal from the bench after a fairness hearing, agreeing with Unilever and the lead plaintiffs that the settlement fund will be sufficient to cover all of the injury and reimbursement claims from class members.

A handful of class members had objected to the deal, arguing that the settlement would fall short of what was needed, especially for the most seriously injured among them, whose recoveries were capped at $25,000.

“I find that all the factors I need to consider overwhelmingly support final approval,” he said.

The plaintiffs brought the suit in August 2012, seeking redress for consumers who purchased or used the Suave Professionals Keratin Infusion 30-Day Smoothing Kit, which was marketed in the U.S. for approximately five months until its recall in early May 2012.

The suit alleged the product contained a dangerous chemical that led to scalp damage and hair loss, and that the company failed to instruct consumers on how to use it properly.

In February, Unilever and the plaintiffs inked the $10.25 million settlement, which calls for a $250,000 fund to reimburse purchasers of the product and another $10 million fund to cover injury claims.

Chris Polaszek of Morgan & Morgan PA, who represents the class, noted at Wednesday’s hearing that many of the “injury” claims were for nothing more than a $40 haircut to repair minor damage. He added that with the claims deadline approaching in September, even if all claims received to date were paid out at the maximum value, the figure still wouldn’t even exhaust half of the settlement fund.

Still, Nancy L. Hendrickson of the Hendrickson Law Firm, an attorney for objector Tina Martin, said that some of the injuries were “quite severe.” She argued that the settling parties had not offered any empirical data to estimate how many people suffered such injuries or why their awards were capped at $25,000.

In overruling the objectors, Judge Castillo noted that class members who wanted to try their luck in court could opt out of the settlement, and that the attorneys’ fees in the case were being paid separately by Unilever and wouldn’t erode the settlement fund.

The judge also said he was mindful of the Seventh Circuit’s recent decision eviscerating Pella Corp.’s “scandalous” $90 million settlement in a class action over defective windows.

In that decision, Circuit Judge Richard Posner said the deal was plagued by an egregious conflict of interest on the part of class counsel and that the settlement was grossly overvalued, and blasted the federal judge who approved the deal for not scrutinizing it further.

But Judge Castillo said on Wednesday that he didn’t see any conflict of interest or any of the other red flags Judge Posner pointed to in the Pella case before him in the Unilever settlement.

“I don’t see red flags. I see flags that are positive indicators of a settlement that will be fairly administered,” he said.
Although Judge Castillo approved the deal, the parties had previously agreed to put off a feud over attorneys’ fees. Unilever has agreed to pay court-approved fees, but it is disputing the $3.4 million requested by class counsel.

For its part, Unilever has disputed throughout the case that the product contained a dangerous chemical and denied any wrongdoing whatsoever.

The plaintiffs are represented by Marvin A. Miller, Lori A. Fanning and Andrew Szot of Miller Law LLC; Peter Safirstein, Christopher S. Polaszek and Elizabeth S. Metcalf of Morgan & Morgan PC; and Jana Eisinger of the Law Office of Jana Eisinger PLLC.

Unilever is represented by Paula J. Morency and Sondra A. Hemeryck of Schiff Hardin LLP.