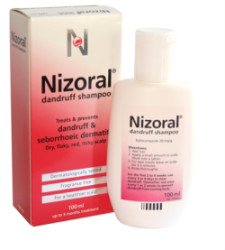 Shares in Alliance Pharma rose 3% after it unveiled its latest acquisition – a £60mln deal that adds a fourth ‘star product’ to its expanding medicine cabinet.

It is buying the Asia-Pacific rights to the medical anti-dandruff shampoo Nizoral from Janssen Pharmaceutica, an offshoot of the American giant Johnson & Johnson.

It’s the company’s second major hair care transaction following on from the purchase of Vamousse, a pesticide-free head lice treatment that cost £10mln.

It is funding the latest deal via a placing of more than 37 million new ordinary shares that has raised gross proceeds of £34mln before expenses. The group will draw the rest down from its debt facility.

Last year, Nizoral’s sales in the region, which covers 15 territories including China, Japan, and Korea, were £18.5mln and Alliance estimates this would have generated underlying profits (EBITDA) of £7.1mln.

The new product, which will be the company’s fourth international star brand, is expected to be earnings enhancing in its first full year under Alliance’s ownership.

“Asia-Pacific is Alliance’s fastest-growing region and we are delighted to strengthen the development of our APAC business through this earnings-enhancing acquisition of Nizoral, an excellent brand with a long medical heritage,” said chief executive Peter Butterfield.

The company has grown via a series of well-judged acquisitions and Alliance now owns around 90 pharmaceutical and healthcare products and sells into over 100 countries.

In that portfolio, it has what it calls ‘local hero’ lines, which sell well in a particular territory, or country.

The crown jewels are its ‘global stars’, which are managed and marketed centrally and, as the name suggests, are sold internationally.

They are the aforementioned Vamousse, Kelo-cote, a scar reduction product and MacuShield, a supplement recommended by eye experts.

A further product could be added to the roster following UK regulatory approval for the morning sickness drug Diclectin.

In an update last month, Alliance said it was seeing “good growth” from Kelo-cote, while its two most recent acquisitions, Vamousse and Ametop, an anesthetic gel, were performing in line with expectations.

The shares rose 3.03p to 102.47p, meaning those taking part in the placing are already sitting on a 13% paper profit.

The company has regional offices in Singapore and Shanghai, which it said: “will benefit from the enhanced distribution capabilities the Acquisition will bring”.

It also has a “strong and proven” management team in Asia-Pacific that is currently growing the existing business there at greater than 40%.

As well as being earnings enhancing, the deal’s return on invested capital is expected to exceed its weighted average cost in 2019.