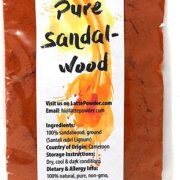 Hair Follicles Can Smell Sandalwood, And It Could Be a Radical New Way to Treat Baldness

We tend to imagine smells as things that just float around us in the air, but there’s more to it than that.

What we perceive as the smell is actually an intersection between molecules called odorants (or aroma compounds) and olfactory receptors that are expressed by cells in our body, which send a signal to the brain when activated.

That whole process, in a nutshell, is the smell. But it turns out it’s not just our noses that can do it.

New research shows that human hair follicles express an olfactory receptor of their own called OR2AT4, and when OR2AT4 comes into contact with the molecular structure of a specific scent –synthetic sandalwood, as it turns out – it stimulates hair growth.

In other words, your hair – or rather your hair follicles – can ‘smell’, and if they sniff out the right chemical, it could be a radical new way of preventing hair loss.

“This is actually a rather amazing finding,” senior researcher and dermatologist Ralf Paus from the University of Manchester in the UK told The Independent.

“This is the first time ever that it has been shown that the remodelling of a normal human mini-organ [a hair] can be regulated by a simple, cosmetically widely-used odorant.”

Scientists already knew that OR2AT4 could be leveraged to promote keratinocyte proliferation in the skin (which promotes wound healing), leading Paus and his team to wonder whether olfactory receptors could be manipulated to also boost hair growth.

To find out, the researchers took samples of human scalp skin – donated by patients undergoing face-lift operations – and treated them with an application of synthetic sandalwood (aka Sandalore) in the lab.

Unlike authentic sandalwood, which doesn’t bind to OR2AT4, the team found synthetic sandalwood – used in personal care products to provide a sandalwood scent – does bind with the receptor, regulating expression and secretion of a key hair growth-promoting factor called IGF–1.

In other words, by promoting IGF–1, synthetic sandalwood stimulates the growing phase of hair cells, while helping to prevent them from dying.

When another chemical called Phenirat was mixed in to silence OR2AT4, it inhibited hair growing, suggesting the receptor plays a bigger part in hair growth than scientists previously knew.

The research was funded in part by an Italian pharmaceutical company that sells Sandalore in its products – which is something to bear in mind in light of the results.

But because of this pre-existing commercial availability of synthetic sandalwood, the team thinks their “olfactotherapy” discovery could end up helping patients sooner rather than later, if further clinical trials pan out.

According to Paus, the early signs of ongoing research are promising.

The next step is to see if that result can be replicated in a larger clinical trial, which the researchers hope to conclude in January next year.

We can’t get too carried away until we see what future tests bring, but according to Nicola Clayton of the British Association of Dermatologists, the initial data look exciting.

“It is a fascinating concept that the human hair follicle, as the authors put it, can ‘smell’ by utilising an olfactory receptor,” she told The Independent.

We’ll have to wait to see where this research leads from here, but if the team’s next trial is a success, we could be looking at an important new mechanism for hair loss prevention here.

Hair Follicles Can ‘Smell’ Sandalwood, And It Could Be a Radical New Way to Treat Baldness