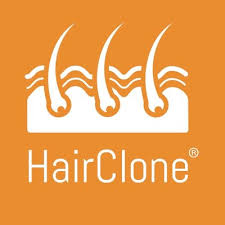 A pioneering baldness therapy which involves freezing someone’s hair follicles to use them later in life has been given the go-ahead by UK authorities.

Each client has around 100 follicles taken in a sample while they still have healthy hair, then kept in a sub-zero storage facility.

When they get older and lose their hair, cells from these follicles can then be multiplied in a lab and injected back into the scalp to try and regain the locks of their youth.

The technology is the first of its kind in the UK and described by its creators as an ‘insurance policy’ to protect against ageing.

Hair restoration surgeon and medical director of HairClone, Dr Bessam Farjo, said: ‘Now that the licence is in place we’re ready to bank hair for patients. Consultations can begin in earnest.

‘We are contacted every day by people concerned about hair loss, and who are asking when the banking system will be ready.’

The banking service, which involves taking a small sample of flesh from the back of the client’s head in a short procedure, will open to all adults over the age of 18.

It will cost around £2,000, with the injection procedures later on performed at an extra cost.

The follicles will then be carefully cryopreserved to keep them intact before they are stored at -180°C (-292°F) until they’re needed.

Dr Farjo told MailOnline in January: ‘The point of these treatments is to rejuvenate thinning hairs and eventually to regenerate as many hairs as we need.

‘The point of hair cloning is to create as many hairs as we need, at any point in time, without worrying we’re going to run out in the future.

‘Many may see this as an insurance policy for later life.’

According to HairClone, no other system of its kind, which involves harvesting and storing hair follicles, exists.

They said: ‘Other groups have tried this but it has been found that when human follicle cells are cultured, they rapidly lose their functionality.

‘Recent scientific breakthroughs however indicate how culture multiplication systems could be developed which is why we have created HairClone Inc now.’

Patients going bald can already have transplants that involve injecting hair follicles into the scalp from another area.

But HairClone’s procedure is different because it multiplies the hairs using unique cells in follicles called dermal papilla, or DP.

The DP sit at the base of a hair follicle and work alongside skin surface cells to control the formation of the hair shaft.

During the gradual process of hair loss, cells are lost from the DP, which results in the follicle being smaller and the hair thinning and getting shorter.

HairClone adds DP cells to these miniaturising follicles and rejuvenate them, returning them to their original dimensions.

When the patient begins to notice hair loss, the frozen hair can be thawed and the DP can be multiplied many times in the lab.

The patient’s own multiplied DP cells would then be injected back into their scalp.

The follicle removal can take place whenever a customer decides they may want the hair restoration in future.

Dr Farjo recommends people do this as soon as they notice hair loss, which could be in their 30s, 20s or even late teens for some, as they may be able to maintain a full head of hair.

He also said it is best done at a young age, especially if the patient has early balding in family history – because that’s when the follicles are in their best condition.

The service would come at a cost – HairClone intends to charge customers £2,500 for the initial procedure and £100 per year to store the follicles.

Dr Farjo added that patients will need to repeat the treatment at ongoing intervals – possibly every three to five years – to maintain the results.

Dr Farjo said hair cloning could offer a unique alternative to hair transplant surgery, a market which is expected to reach almost £18billion ($24bn) by 2023, a sharp rise from £3billion ($4bn) in 2016, according to projections.

He said: ‘The main limitation of hair transplant surgery is the amount of hair you can donate from your own head.

‘The more hair loss you go through, the bigger the bald area, the less hairs available. There comes a point when you simply don’t have the hairs you need.’

Dr Farjo says he has not performed the treatment on a patient yet, but said: ‘HairClone is developing the regulatory approvals needed to enable them to provide us with both follicle banking and cell expansion services.’