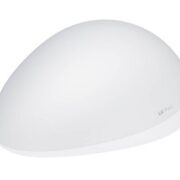 LG Electronics, known primarily for its televisions and smartphones, has unveiled a high-tech device that combats hair loss.

Similar hair-growth devices that use LLLT, such as the illumiflow, have been FDA-cleared for over-the-counter use.

LG’s version is made with 146 laser and 104 LED lights that stimulate hair follicle stem cells, supporting hair growth and slowing down the balding process. According to LG, a study conducted at the Seoul National University Bundang Hospital reported that patients who used the Pra.L MediHair three times a week for 16 weeks saw improved hair density and thickness.