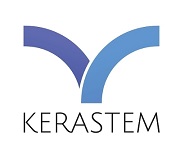 Kerastem, a worldwide leader in stem cell-based approaches to hair growth, announced today that clinical data utilizing the Kerastem Therapy for the treatment of female and male patterned baldness (genetic alopecia) was presented by Dr. David Perez-Meza (Malaga, Spain) at the 2015 ISHRS meeting.

The data was based on an initial clinical series from the United Kingdom.

The authors reported a 100% patient response rate to the Kerastem Therapy at 6-months and in patients with early stage hair loss, the percentage increase in hair count/density was a mean difference of 17% (p = 0.02). In males with early grade loss, an average 29% increase (p=0.057) in hair count/hair density with a mean difference of 40 hairs per square centimeter was observed.

According to Dr. Perez-Meza, “We are very pleased with these initial clinical outcomes, as they represent results that are on par or better than those of traditional medical approaches to hair loss.”

Added Dr. Perez-Meza, “The Kerastem approach represents a new direction in the treatment of hair loss and we look forward to learning more about how this therapy can treat patients suffering from male and female pattern of hair loss and other causes of hair loss as well.”

The Kerastem Therapy is based on the emerging science that adipose (fat) plays an important role in the normal hair follicle growth cycle.

The clinical approach utilizes purified adipose combined with stem and regenerative cells to deliver cell enriched tissue to the affected scalp. According to Dr. Eric Daniels, Chief Medical Officer of Kerastem, “Fat and fat derived stem cells are becoming increasingly recognized as a vital participant in the normal cycle of hair growth.

This data set from the United Kingdom supports this assertion and we look forward to the launch of our STYLE clinical trial in the United States.”

STYLE is approved to enroll up to 70 patients at up to eight (8) centers within the United States and is expected to begin enrollment by the end of 2015.

Outside of the United States, the company is actively involved in market development, with Kerastem therapy currently being offered at a number of clinics in Europe & Japan.

To learn more about Kerastem or the STYLE Clinical Trial, please visit www.kerastem.com.