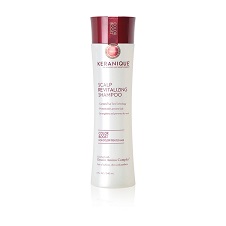 In order to reach the millions of Americans who are monolingual Spanish speakers, Keranique, the popular women’s hair regrowth experts, have launched a Spanish version of their infomercial across various Spanish-language television networks.

The infomercial was received with enormous success on stations like Telemundo and NBC Universo.

Hair loss affects women of all backgrounds, and Keranique’s hair regrowth products have helped countless women regrow their hair and reclaim their confidence.

Keranique first launched the Spanish-language infomercial in the beginning of November in its longer form, and a second shorter version this December.

Reaching out and offering a solution to all women who suffer from hair loss and thinning hair is a priority for the company–this is not the first time they’ve released promotional videos in Spanish.

Keranique® is the hair regrowth system that over a million women have entrusted with their hair regrowth journey. It was formulated by a team of Women’s Hair Regrowth Experts and contains a collection of mild cleansers, gentle conditioners, intensive hair regrowth treatments and styling products which nourish the scalp and fortify thinning hair.