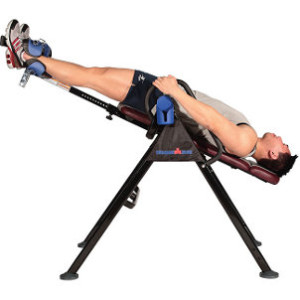 The effects of gravity may explain the apparently paradoxical effects of testosterone in male pattern baldness, or androgenic alopecia (AGA), according to a special topic paper in Plastic and Reconstructive Surgery-Global Open®, the official open-access medical journal of the American Society of Plastic Surgeons (ASPS).

The “force of downward pull caused by the gravity on the scalp skin” is the key contributor to the events leading to progressive hair loss in male pattern baldness, writes Dr. Emin Tuncay Ustuner, a plastic surgeon in Ankara, Turkey. He adds, “The new theory’s unparalleled ability to explain even the details of the hair loss process and the formation of the pattern in AGA is apparent.”

“Gravity Theory” Helps Explain DHT’s Role in Androgenic Alopecia Dr. Ustuner’s theory seeks to reconcile some puzzling observations related to the development and progression of AGA. Balding areas of the scalp show increases in a potent form of testosterone called dihydrotestosterone (DHT), while drugs that block conversion of testosterone to DHT can slow hair loss. In the scalp, DHT seems to cause hair follicles to become thinner. But in other areas of the body, such as the underarms and genital area, DHT and other male sex hormones promote thickening of hair follicles. Why should DHT affect scalp hair one way but hair in other areas in a different way? And why does balding-and the associated increase in DHT levels-occur only on the top of the head? The answer, Dr. Ustuner believes, is the weight of the scalp on the hair follicles. In youth, the scalp has sufficient fat tissue under the skin, and it is “capable of keeping itself well-hydrated,” buffering the pressure on hair follicles. But with aging, the skin and underlying (subcutaneous) fat become thinner, and the pressure on the hair follicles increases. Testosterone contributes to thinning of the subcutaneous fat. In women, estrogen prevents thinning of these cushioning tissues, at least until menopause. Aging and Testosterone-Related Changes Create ‘Vicious Circle’ Leading to Hair Loss As the cushion decreases, the hair follicle must strive against higher pressure, requiring more testosterone to achieve normal growth. This “local demand” leads to a buildup of DHT levels in the scalp, but not in the bloodstream. Rising DHT levels cause further erosion of the subcutaneous fat-creating a “vicious circle,” according to Dr. Ustuner. The hair growth cycle accelerates in response to DHT, but it’s not enough to overcome the increased pressure. Over time, the hair follicle becomes smaller and smaller, resulting in progressively increasing hair loss. If the pressure created by the weight of the scalp is the cause of balding, then hair loss should occur at the top of the head-“This is exactly what happens in AGA,” Dr. Ustuner points out. He believes that individual hair loss patterns are affected by differences in the shape of the head, reflecting variations in scalp pressure. The weight of the facial soft tissues adds to the pressure at the front of the scalp, contributing to hair loss there. In contrast, the ears help resist the effects of gravity on the scalp, lessening hair loss on the sides of the head. “There is not another theory that reasonably and satisfactorily explains hair loss in AGA without ascribing a function to DHT that is opposite to its known function,” Dr. Ustuner writes. He notes that, while several factors suggest that genetic factors contribute to male pattern baldness, the increase in scalp DHT levels “is not an occurrence directly determined by genes.” Dr. Ustuner acknowledges that his “gravity theory” of AGA has met with “notable skepticism and resistance.” But he adds, “Simplifying a very complicated problem is probably the only disadvantage of the theory.” Plastic and Reconstructive Surgery-Global Open® is published by Lippincott Williams & Wilkins, part of Wolters Kluwer Health. As an open-access journal, PRS GO provides a global venue for free exchange of new ideas, techniques, and research findings with the potential to impact the current and future practice of cosmetic and reconstructive plastic surgery.