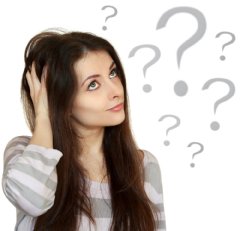 A survey shows that women in Cape Town are more concerned about their hair and the role it plays in self-esteem than their Johannesburg and Durban counterparts.

The survey of 505 women over 30 by independent company, Plus 94 Research, showed that 76 per cent of Capetonian women polled said hair was a huge part of their life and self-image, compared to 71 percent in Durban and 60 percent in Joburg.

Durban women thought about their hair most (92 per cent), with Cape Town second (82 per cent) and Joburg behind at 67 per cent, according to the survey commissioned by Plantur 39 phyto-caffeine shampoo to counter stress-related hair loss.

Almost 40 per cent of the women polled said they were showing signs of early hair loss, which had impacted negatively on their self-confidence, their appeal to their partners and which had led to symptoms of anxiety and depression.

Cape Town women were once again in the majority – 53 per cent said they had experienced anxiety and depression related to hair loss, compared to 39 per cent in Durban and 19 per cent in Joburg.

German scientist and leading world expert on hair loss, Dr Adolf Klenk, said there could be many reasons for thinning hair, most notably stress, genetics and menopause.

After extensive research, Klenk discovered in 2001 that the harmful influence of testosterone can be countered with a caffeine treatment. He developed a range of caffeine complex shampoos for women (Plantur 39) and men (Alpecin), backed by scientific research.

Klenk will visit SA from 7 to 12 April to present his research on hair loss to the health trade and public. Plantur 39 and Alpecin are available at Clicks, Dis-Chem and most major pharmacies.

The Durban event will be at Audacia Hotel in Durban on Friday, 8 April at 8.30am.