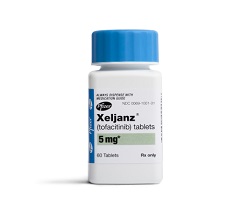 Two drugs — one approved for use in arthritis and the other approved for cancer — may also hold potential for boosting hair growth, new animal research suggests.

“The ultimate potential is a very effective topical product to rub on the scalp to help with all types of hair loss,” said Dr. Luis Garza, an associate professor of dermatology at Johns Hopkins School of Medicine, who’s familiar with the study findings.

But he added, “More work needs to be done to translate these findings to a product which can be tested in a clinical trial on people.”

In the current study, researchers from Columbia University in New York City tested the drugs only on mice, including some with patches of human skin. If the medications work, it’s not clear how much of the drugs may be needed for humans. It’s also important to note that findings that look promising in animal research don’t always work out as well when tested in humans.

Previously, however, the researchers looked at a specific type of hair loss caused by an autoimmune skin condition called alopecia areata. In that research, the drugs were shown to promote hair regrowth in both mice and people, the study authors said.

Findings from the current study appear Oct. 23 in the journal Science Advances.

About 80 million people in the United States have thinning hair or are bald, according to the American Academy of Dermatology.

Treatments, such as Rogaine, are available for hair loss, but they have limited powers. They tend to stimulate hair follicles into growing longer instead of producing the “peach fuzz” common on the heads of men with male-pattern baldness, according to study co-author Angela Christiano, an associate professor of molecular dermatology at Columbia.

In the new study, Christiano and colleagues tested drugs known as JAK inhibitors.

One drug, tofacitinib (Xeljanz), is used to treat rheumatoid arthritis, and the other, ruxolitinib (Jakafi), treats rare blood cancers, the researchers said. They tested topical applicants on mouse skin and on human scalp tissue that was grafted onto mice, the study said.

The researchers reported that the drugs triggered hair growth. “Not only can JAK inhibitors induce a new hair cycle in mouse skin but also can extend an existing growth phase in human follicles, suggesting they may have a broader applicability across several different forms of hair loss,” said Christiano.

This is important because “there are several forms of hair loss where the hair is arrested in the resting state, including male- and female-pattern hair loss,” she said.

The treatments could also help patients with hair loss caused by chemotherapy-induced alopecia and by a condition that causes hair to grow only for a few inches and then stop, she added.

How might the drugs work? They may “help initiate hair regrowth by having a direct effect on activating hair follicle stem cells,” Christiano said.

In terms of side effects, she said the drugs can cause infections and cancer, although topical use — such as via a cream — could limit exposure in patients. The drugs, she said, cost $3,000-$9,000 per month currently, though costs of a potential hair loss product are unknown.

Dr. Brett King is an assistant professor of dermatology at Yale University School of Medicine, in New Haven, Conn. He cautioned that “hair growth is different from hair loss. The factors that bear on growth may or may not bear on hair loss.”

That means that the study doesn’t show that the drugs “will help people whose hair follicles are atrophying,” he said.

What’s next? Christiano said her team has finished research that suggests oral treatments of ruxolitinib may work as a treatment for alopecia areata, and research into oral tofacitinib is showing similar results. In terms of male- and female-pattern baldness, Christiano said, the next step is formulating a drug for topical use and beginning small studies.