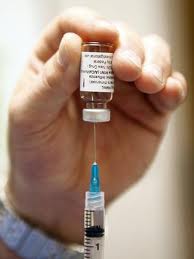 PRP is “Platelet Rich Plasm,” a portion of whole blood that is separated from the red blood cells through centrifuging.

It should contain concentrations of platelets that are at least 4 times that of what is found in whole blood to get the maximum benefits.

Its use in medical conditions started in the 1990′s mainly by Orthopedic Surgeons, Dentists, and Oral Surgeons, but has recently been expanded to the Cosmetic Surgery arena.
(Please note: Not all PRP is the same! Most PRP systems don’t get the concentration of the platelets above the 4x level needed to get the full benefits from PRP. The system that has proven to have consistent 4-7x concentrations is the Magellan “TruPRP” system.

It cost much more that the other systems, but the results will be superior to all other PRP systems available on the market. In a recent lecture that Dr. Weiner attended in Paris at IMCAS 2014, 13 different PRP machines were evaluated. Some systems didn’t even result in platelets that had higher concentrations than whole blood!)

When an injury occurs in the body, platelets are the “first responders.” Platelets have been found to contain the following growth factors and cytokines:

It was then discovered that when PRP was then injected into areas of hair loss without transplanting hair, that there was new hair growth. Adding ACell (a derivative of porcine bladder) and Vitamin D3 and B complex gave even further improvements. In a study published in “Prime” Journal, patients were found to have improvements in their hair growth from 12-63%, and notably, there was improvements in all the patients studied. Growth seems to start at about 4 months, and starts to fade at about 11 months. Improvements are more dramatic in females than in males.

The mechanism proposed for the improvements seen is that the PRP leads to increased vascularization of the hair follicles, leading to a “waking up” of previously poorly perfused hair follicles. The growth factors also stimulate the hair follicles to produce hair.
Interesting findings have been thickening of hairs that have been growing but have miniturized (become thin). It will not cause hair to grow in areas of scarring or in areas where there was never hair. It’s also been found that new hair growth is sometimes pigmented in areas where hair had turned gray, representing a “youthful” follicle.

Recommendations are for at least one treatment yearly for females, and 2 for males. Topicals such as Rogaine or Propecia should be continued.

The process starts by drawing blood, 60-120cc. It is put in the Magellan processor to separate the PRP, which takes about 15 minutes per 60cc of blood. During this time, the scalp in numbed up with both topical creams as well as injections. When numb, the scalp in injected with the vitamin and mineral mixture as well as with the ACell solution.

The PRP injection in then performed. The final process is using the Dermapen microneedling device to create very fine holes in the scalp. A by product of the Magellan PRP system is “PPP” which is platelet poor plasma. PPP has growth factors, but to a lesser degree than PRP.

This solution is spread on top of the scalp and will be left there overnight. Washing the hair can be done the following morning. Sometimes extra PPP will be given to the patient to apply to the scalp at home.

The total in office time is about an hour or an hour and 15 minutes.

A second treatment (for men) is scheduled at 2-3 months.

Dr. Weiner is a Facial Plastic Surgeon who laid down his scalpel in 2005 and concentrates solely on noninvasive and minimally invasive Cosmetic Procedures. He is Johns Hopkins trained and Board Certified.
Website: http://www.theclinique.net