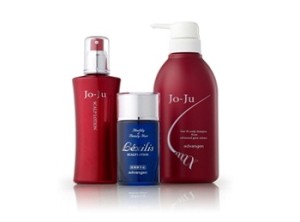 Cellmid Limited should trade higher today after it reported publication of a peer-reviewed scientific paper that, for the first time, directly links the FGF5 protein as a cornerstone regulator of human hair and eyelash growth.

The finding is a validation of Cellmid’s hair growth products, which contain FGF5-inhibiting botanical extracts.

These were developed using mechanism of action evidence obtained from other mammals.

Whilst clinical trials confirmed that the company’s products reduce hair loss and increase hair growth in humans, this is the first time an independent study shows direct mechanism of action between excessive hair growth and defective FGF5 gene in humans.

The study, entitled FGF5 is a crucial regulator of hair length in humans, was released online by the journal Proceedings of the National Academy of Sciences.

It was conducted by scientists from the Departments of Dermatology, Biochemistry, Genetics and Epidemiology at the Columbia University Medical Centre, New York, USA.

It aimed to determine the cause of trichomegaly, or extreme eyelash growth, presenting in two families.

Inherited trichomegaly is an extremely rare condition, with only two cases reported in the scientific literature prior to this study.

As such, eyelashes are susceptible to the same molecular signals that affect hair on the head.

“This elegant and well-conducted study comprehensively demonstrates the critical role FGF5 plays in human hair loss, and this study validates the approach of our scientists in seeking to block FGF5 to restore hair growth.

It also re-affirms FGF5 inhibition to be a safe and specific mechanism by which to promote hair growth.”

“Advangen’s scientists were far ahead of the curve in targeting FGF5. From the first scientific reports of FGF5’s significance in animals, the team recognised the potential to safely and effectively treat hair loss and restore hair growth by blocking FGF5”.

Cellmid, through its wholly owned subsidiary Advangen, is the leader in developing clinically validated products for boosting healthy hair growth via FGF5 inhibition.

The publication validating FGF5 blocking as a mechanism by which to promote eyelash growth demonstrates that scientists from Cellmid’s Advangen subsidiary were far ahead of the curve in blocking FGF5 to restore hair growth.

It also re-affirms FGF5 inhibition as a safe and specific mechanism to promote hair growth.

Thus the market is niche but significant, and could be very lucrative for a small cap. company such as Cellmid, capitalised at just $20 million.

In addition, Cellmid has recently appointed biologics manufacturer Rodon/Biotecnol as it progresses towards a clinical trial for its humanised anti-midkine antibody CAB102.

That Rodon’s ongoing collaboration with Cellmid will save up to six months in the product development program adds to the value of the agreement.

Share price catalysts ahead include the start of the clinical program in early 2015 and ongoing progress on the development of the novel MK Tribodies with Biotecnol.

Taken together, these offer Cellmid several opportunities for commercialisation and growth.