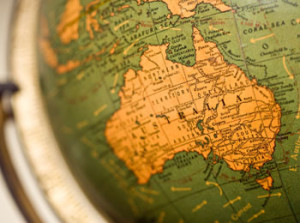 Cellmid has received a key Australian patent for use of midkine to prevent and treat hair loss and to promote and enhance hair growth.

This patent is the second member of the extensive midkine patent family for hair growth to be accepted, following the receipt of a UK patent on 16 July 2014.

Shares in the company should trade higher today on the news.

The company received official Notice of Acceptance from IP Australia for Cellmid’s patent application 2011220326 entitled Method of treatment or prevention of hair loss or for the enhancement of hair growth.

This patent protects the use of midkine and the closely related protein pleiotrophin for use as hair loss and/or hair growth treatments.

The granted claims cover topical formulations of all kinds, including shampoos, conditioners, creams and lotions with protection until 2031.

Other patents are filed or are under examination in the U.S., Europe, China, Hong Kong, Japan and Korea.

Advangen’s products are on sale in Australia, Japan and China; in the future the company aims to bolster its distribution in these countries and expand to the rest of Asia, U.S., Europe and South America.

Its business is underpinned by an innovative and scientifically validated product pipeline including novel FGF5 inhibitors as well as midkine-based products.

In July, a peer-reviewed scientific paper directly linked the FGF5 protein as a cornerstone regulator of human hair and eyelash growth.

The anti-aging hair care area is one of the fastest growing segments of the $90 billion annual hair care market.

Cellmid is well positioned to take a leading role in this area with its range of biologically active high tech products and technologies.

In Australia, its salon sales strategy, which started in March 2014, is continuing to show solid results.

The company is looking to expand sales to other states beyond New South Wales and Queensland as well as pursuing distribution arrangements in other countries.

The peer-reviewed scientific paper, entitled FGF5 is a crucial regulator of hair length in humans, was released online by the journal Proceedings of the National Academy of Sciences.

It was conducted by scientists from the Departments of Dermatology, Biochemistry, Genetics and Epidemiology at the Columbia University Medical Centre, New York, to determine the cause of trichomegaly, or extreme eyelash growth, presenting in two families.

The anti-aging hair care area is one of the fastest growing segments of the $90 billion annual hair care market providing the company with a growth driver as Advangen’s products are on sale in Australia, Japan and China.

Cellmid will aim to bolster its distribution in these countries and expand to the rest of Asia, USA, Europe and South America.

In mid-December, Cellmid raised $1.3 million through a share placement to progress its lead humanised oncology anti-midkine antibody (CAB102) for use in solid tumours towards the planned Phase I human clinical trials.