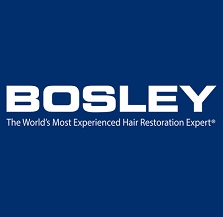 Bosley Medical Group, the largest provider of hair restoration and hair transplantation medical services in the U.S., announced today that one of its affiliated surgeons has been honored by the International Society of Hair Restoration Surgery (ISHRS) with the Golden Follicle Award.

The award recipient, Edwin S. Epstein, MD, is a surgeon working at Bosley’s medical centers in Virginia Beach and Richmond, VA. He was recently recognized by the ISHRS for his “outstanding and significant contributions” in the medical field of hair loss, and hair restoration surgery.
“Recognition by one’s peers and colleagues is the ultimate professional achievement, and I am deeply honored to receive this award from the ISHRS,” says Dr. Epstein.

Dr. Epstein, a veteran in the field of hair restoration and hair transplantation since 1990, lectures extensively and internationally on the medical and surgical treatments of hair loss.

Dr. Epstein served on the Board of Governors of the ISHRS from 2004 to 2011 and was elected President of the society from 2009 to 2010. He also served as the Program Chairman for the ISHRS Annual Scientific meeting that was held in Vancouver, British Columbia in 2004.

He is current Chairman of the Pro Bono Committee for Operation Restore, a program that provides pro bono surgery for qualifying patients with scarring hair loss from injury, burns, and congenital disorders. Recently at the Bosley office in Richmond, Dr. Epstein treated a 12 year old Operation Restore candidate for congenital absence of hair in a small area of his scalp.

“We are very fortunate to have Dr. Epstein on our medical staff,” says Ken Washenik,, MD, PhD, Medical Director at Bosley Medical Group. “I appreciate him, not only for his work as a physician but also as a teacher among our physicians and within the medical community. He’s an active and engaged professional who obviously cares a great deal for his patients, the field of hair replacement and hair transplantation.”

The International Society of Hair Restoration Surgery (ISHRS) was founded in 1993 as a non-profit medical association dedicated to the advancement of the art and science of hair restoration. More information can be found at www.ishrs.org.

The Bosley Medical Group was founded in 1974 and is currently the largest and most experienced hair restoration medical practice in the United States. Bosley physicians have performed more than 300,000 procedures for men and women from all over the U.S. and the world.

The group has more than 70 offices located throughout the U.S.

More information can be found at www.bosley.com.