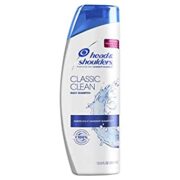 How an anime film is highlighting the stigma of dandruff

New research shows just how common dandruff is around the world, but in Japan, stigma stops many men from doing anything about it. Enter Ando, a spy on a mission…

Meet Ando, a superspy with immaculate style, perfect timing and a pesky little problem he can never quite shake off.

The cool-as-ice star of a new anime-style film has the moves, the gear and the looks. Unfortunately, he also has dandruff.

And while his globetrotting adventures send up the superspy genre to hilarious effect, it’s all in the service of the fight against dry, flaky scalps. Our smart, sophisticated hero outwits his enemies at every turn, but they’re quickly back on his tail. Wherever Ando goes, he leaves a tell-tale trail in his wake.

But Ando’s antics, the brain-child of anti-dandruff shampoo brand Head & Shoulders, have a serious point too. The animated ad is a new and somewhat subversive attempt to start a conversation about a topic that, in Japan, is often swept under the carpet. The ad shows the country tackling its dandruff taboo head-on, and in a highly creative way. Ando’s adventures bring the problem of dandruff into the open while removing the stigma surrounding it.

Dandruff is simply not talked about in Japan very much, and a global survey makes it pretty clear why. Over half of Japanese respondents (51 percent) said they were concerned that dandruff would make other people think they were dirty or unhygienic. A third (34 per cent) were worried about what people would think generally, and even more (35 per cent) said dandruff actually made them feel ashamed.

Those are strong opinions about a condition that is both easily controlled and — it seems — easily misunderstood.

And Head & Shoulders research found that, in fact, Japanese men had less to worry about than most. While 81 percent of Chinese men, 79 percent of Indians and 62 percent of Americans say they suffer from dandruff and scalp dryness, only 41 percent of Japanese men do, the lowest figure among 10 countries surveyed.

Dandruff is a common problem around the globe. In every market tested, a significant number of men suffered from a dry, flakey scalp, to some degree or other. Japan doesn’t stand out in the statistics, but it does stand out in its attitude. Japanese people say they are more likely to feel ashamed, unhygienic or unattractive because of their dandruff than residents of any other country in the survey. This may partly be because Japanese culture places a great deal of importance on non-verbal communication, but equally, it may be because many Japanese men are unaware of how easy dandruff is to control.

And so, enter Ando. Ando is smooth and suave and doesn’t even know he has dandruff till evil Detective Takashi tells him. He might not be aware of his dandruff but — in tandem with many Japanese men — it does sometimes stop him from doing what he wants to do.

In Ando’s case, that means escaping from Takashi and his horrible henchmen. In real life, many Japanese men worry that dandruff might hold them back in their careers or private lives. Watch the film below.

The point of the story is to show there’s no reason that dandruff should get in the way of normal life. Dandruff is caused by dry and irritated skin and certain skin conditions that have nothing to do with hygiene. In most cases, it’s also really easy to control.

And that’s the beauty of Ando’s message. For our hero, dandruff is simply an annoyance to be dealt with, not a cause of embarrassment or shame.

By talking about dandruff in such an open and light-hearted way, Head & Shoulders hope to start a conversation among the four in ten Japanese men that have it. Stigma means that many are reluctant to discuss dandruff and share information on potential remedies, leaving them to live with a condition that could be easily treated with readily available anti-dandruff shampoos.

How an anime film is highlighting the stigma of dandruff