Hair loss in the Bible

You are here: Home1 / Hair loss in the Bible 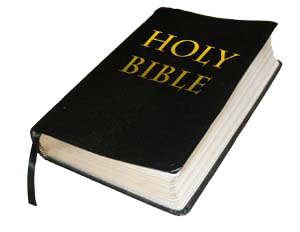 And if a man’s hair falls out from his forehead, he has baldness of the forehead; he is clean.

Make yourselves bald and cut off your hair, for the children of your delight; make yourselves as bald as the eagle, for they shall go from you into exile.

“You are the sons of the Lord your God. You shall not cut yourselves or make any baldness on your foreheads for the dead.

After this, Paul stayed many days longer and then took leave of the brothers and set sail for Syria, and with him Priscilla and Aquila. At Cenchreae he had cut his hair, for he was under a vow.

“Son of man, Nebuchadnezzar king of Babylon made his army labor hard against Tyre. Every head was made bald, and every shoulder was rubbed bare, yet neither he nor his army got anything from Tyre to pay for the labor that he had performed against her.

They put on sackcloth, and horror covers them. Shame is on all faces, and baldness on all their heads.

They make themselves bald for you and put sackcloth on their waist, and they weep over you in the bitterness of soul, with bitter mourning.

Then there was the story of Samson 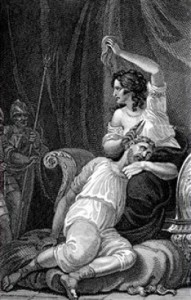 Samson and his Hair Loss

As you read the story of Samson you will know that Samson was of great strength, but only as long as his hair was not cut. Samson, though, was not perfect. He fell in love with a Philistine woman named Delilah.

She tricked him and found the reason for his great strength was in his hair. As long as his hair was not cut he was stronger than any other man. In the end, Samson told her why he was so strong.

She was a Philistine and knew that Samson was God’s main tool in freeing Israel. When he slept she cut his hair. The Philistines gouged out Samson’s eyes and he was put in prison. He was strapped with bronze fetters and became a grinder.

The Philistines lords gathered for a sacrifice to their god, Dagan. When they had much to drink they called to the prison guard to bring Samson to perform for them. Samson leaned on two pillars and prayed for the Lord to give him the strength to bring the temple down upon the 3,000 Philistines who were there for the sacrifice.

Samson’s hair had begun to grow while in prison and the Lord gave him his strength back one last time. Samson brought down the temple and died with the Philistines.