You are here: Home1 / Folk Tales and Bald Tales

A Horse-Man’s Wig Blown Off

There was a horse-man had a cap on with a false head of hair tack’d to’it.

There comes a puff of wind and blows off cap and wig together. The people made sport, he saw, with his bald crown, and so very fairly he put in with them to laugh for the company.

“Why, gentlemen,” says he, “would you have me keep other people’s hair better than I did my own?” 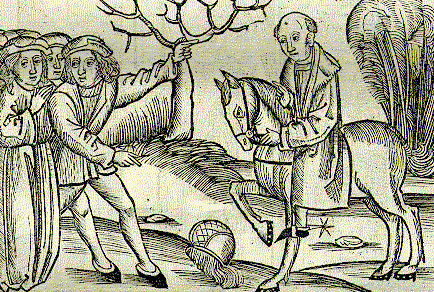 The Moral: Many a man would be extremely ridiculous if he did not spoil the jest by playing upon himself first.

The Bald Man and the Fly 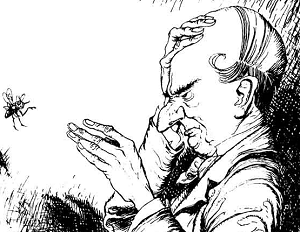 There was once a bald man who sat down after work on a hot summer’s day.

A fly came up a kept buzzing about his bald pate and stinging him from time to time.

The man aimed a blow at his little enemy, but — whack — his palm came on his head instead.

Again the fly tormented him, but this time the man was wiser and said: “You will only injure yourself if you take notice of despicable enemies.”

The Man and His Two Wives

In the old days, when men were allowed to have many wives, a middle-aged man had one wife that was old and one that was young; each loved him very much and desired to see him like herself.

Now the man’s hair was turning grey, which the young wife did not like, as it made him look too old for her husband. So every night she used to comb his hair and pull out the white ones.

But the elder wife saw her husband growing grey with great pleasure, for she did not like to be mistaken for his mother.

So every morning she used to arrange his hair and pull out as many of the black ones as she could. In consequence, the man soon found himself entirely bald. 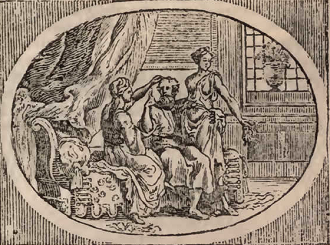 Moral:  Yield to all and you will soon have nothing to yield.

How Saint Peter Lost His Hair

Everyone knows that Saint Peter is entirely bald, except for a single lock of hair in front that falls over his forehead, but most people do not know the following story that explains how this came to be.

While he and Christ were traveling together they came to a farmhouse where the farmwife was just cooking up some large yeast pancakes in grease. According to others, it was noodles.

Saint Peter entered the house to beg for some pancakes, while the Lord waited outside. The farmwife was a good-hearted woman, and she gave Peter three pancakes, fresh from the pan. 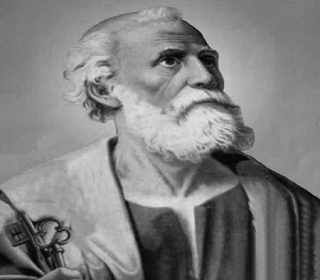 But Peter was selfish, and in order to gain an advantage when the pancakes were divided up, he quickly hid one of them in his cap, then put it on his head. He pretended that he had received only two pancakes, one of which he gave to the Lord.

The pancake under his cap was still hot, and it began to burn Peter terribly on the head, but he could not do anything about it; he just had to bear the pain.

Later, when he took off his cap, he discovered that the hot pancake had burned into his head a large bald spot, which remained with him as long as he lived. Only the lock of hair that had protruded from the front of his cap was spared.

Thus Saint Peter’s bald head has one lock of hair in front.