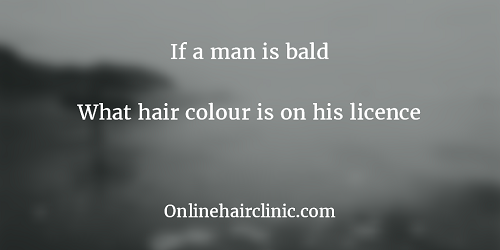 If a man is bald, What is the colour of his hair on a licence 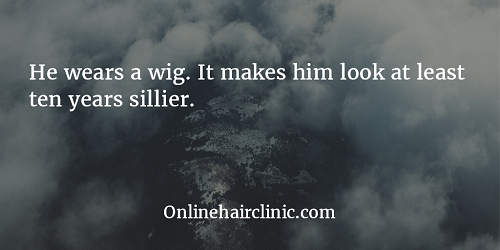 He wears a wig. It makes him look at least ten years sillier. 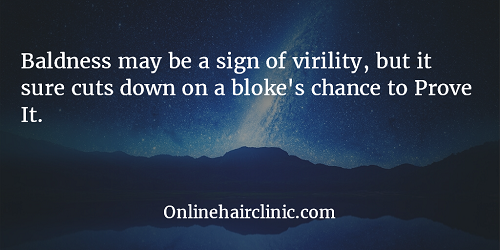 Baldness may be a sign of virility, but it sure cuts down on a bloke’s chance to Prove It. 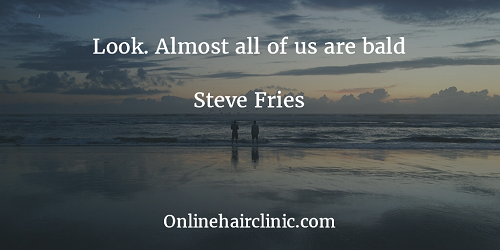 Look, Almost all of us are Bald 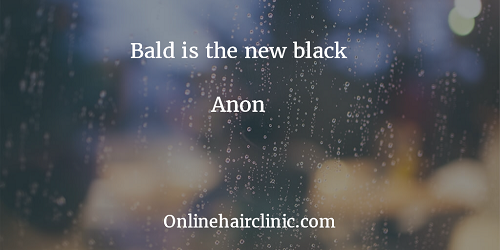 Bald is the new Black

I said to my mate earlier that I fully expect to go bald.

Is it a family thing he asked.

You bet I replied, A nagging wife and four moaning kids. 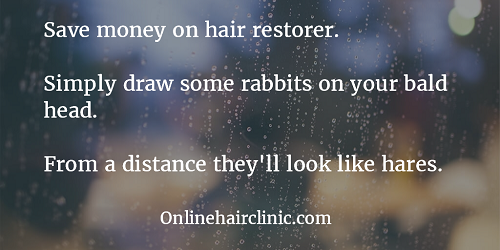 Save money on hair restorer.

Simply draw some rabbits on your bald head. 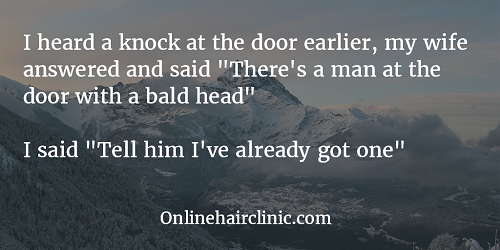 I heard a knock at the door earlier, my wife answered and said “There’s a man at the door with a bald head”

I said “Tell him I’ve already got one” 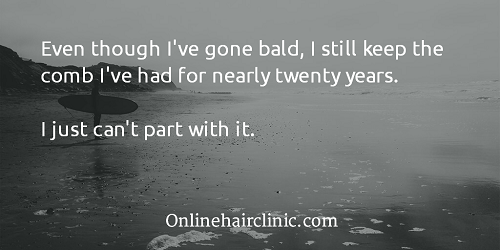 Even though I’ve gone bald, I still keep the comb I’ve had for nearly twenty years.

I just can’t part with it! 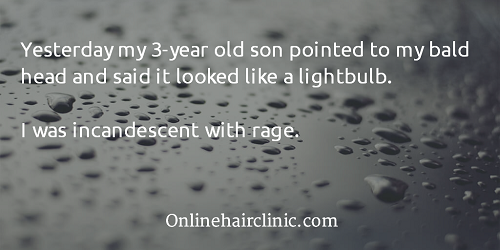 Yesterday my 3-year old son pointed to my bald head and said it looked like a lightbulb.

I was incandescent with rage. 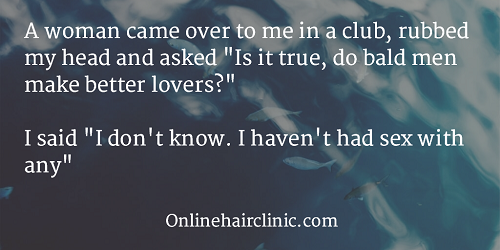 A woman came over to me in a club, rubbed my head and asked: “Is it true, do bald men make better lovers?” 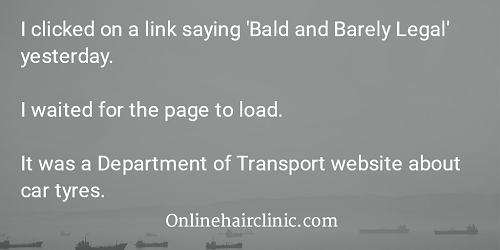 I clicked on a link saying ‘Bald and Barely Legal’ yesterday.

I waited for the page to load.

It was a Department of Transport website about car tyres. 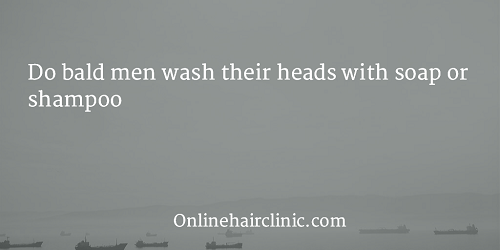 Do bald men wash their heads with soap or shampoo 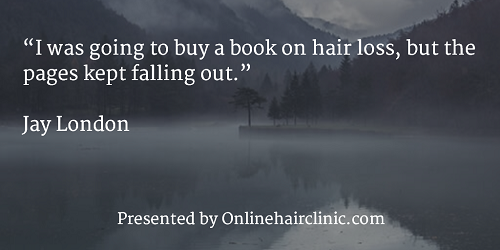 “I was going to buy a book on hair loss, but the pages kept falling out.” 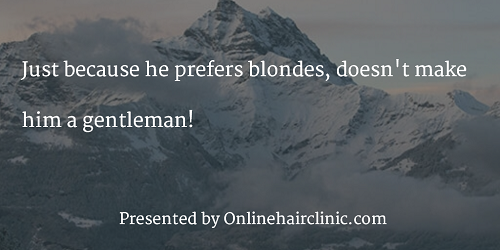 Just because he prefers blondes, doesn’t make him a gentleman! 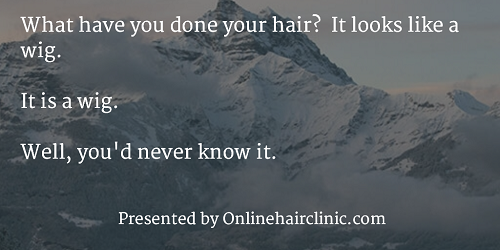 What have you done your hair  It looks like a wig 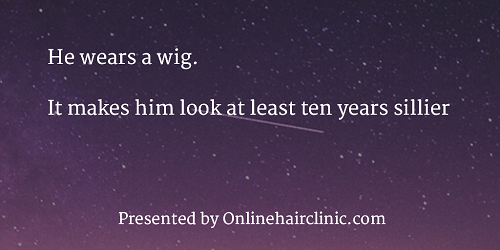 He wears a wig. It makes him look at least ten years sillier 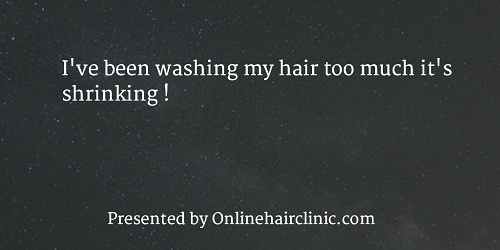 I’ve been washing my hair too much it’s shrinking 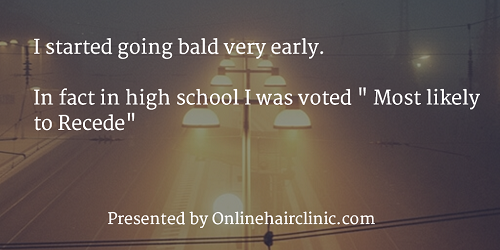 I started going bald very early. In fact, in high school, I was voted ” Most likely to Recede” 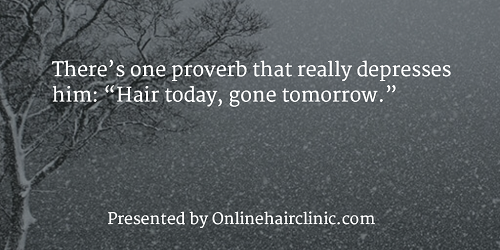 He washed his hair this morning and forgot where he put it.

Today’s toupees really fool people, but only those people that wear them. 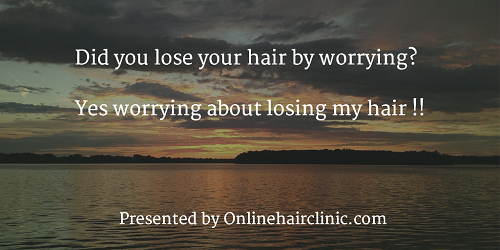 Did you lose your hair by worrying?

Yes worrying about losing my hair !! 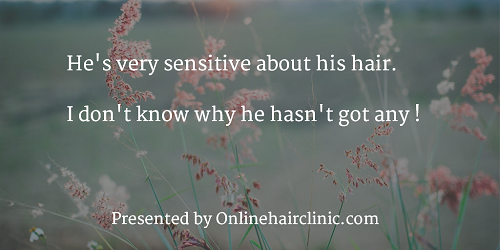 He’s very sensitive about his hair. I don’t know why he hasn’t got any!

I could tell you things about your baldness that would make your hair fall out. 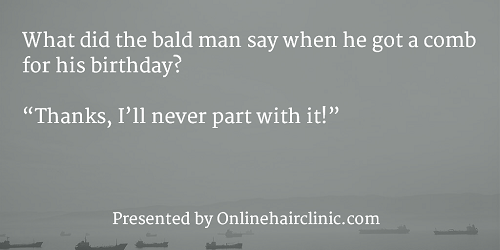 What did the bald man say when he got a comb for his birthday?

“Thanks, I’ll never part with it!” 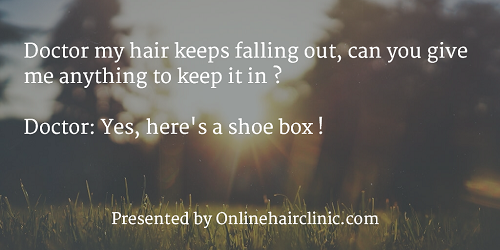 Doctor my hair keeps falling out, can you give me anything to keep it in? 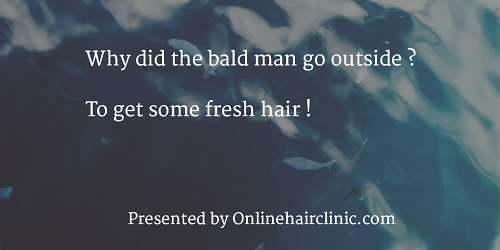 Why did the bald man go outside

To get some fresh hair!

There are three ways a man wears his hair parted, unparted, and departed. 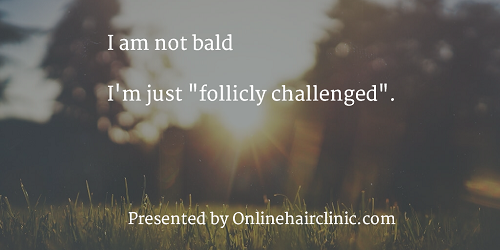 I am not bald I’m just follicly challenged. 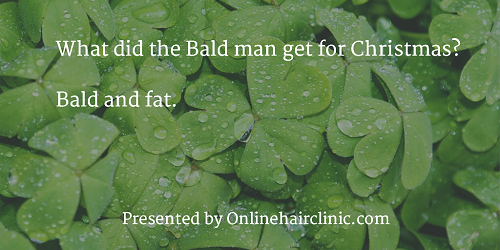 What did the Bald man get for Christmas? 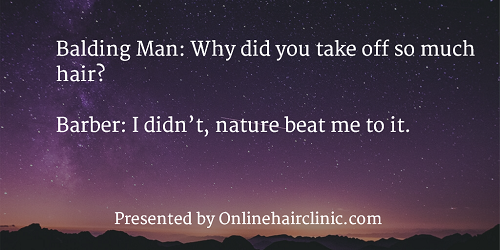 Balding Man: Why did you take off so much hair?

Barber: I didn’t, nature beat me to it. 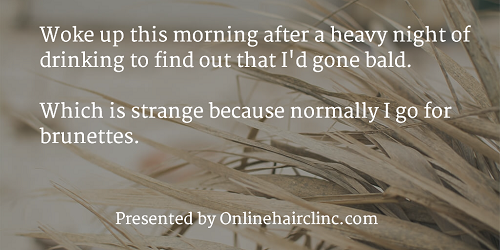 Woke up this morning after a heavy night of drinking to find out that I’d gone bald.

Which is strange because normally I go for brunettes. 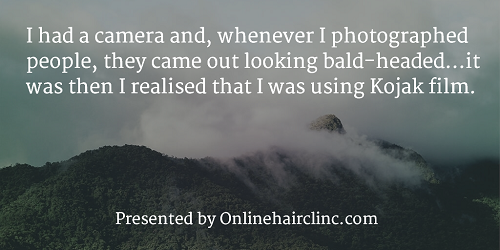 I had a camera and, whenever I photographed people, they came out looking bald-headed…it was then I realised that I was using Kojak film.

I went to the barber’s yesterday. He said you’re starting to go bald. 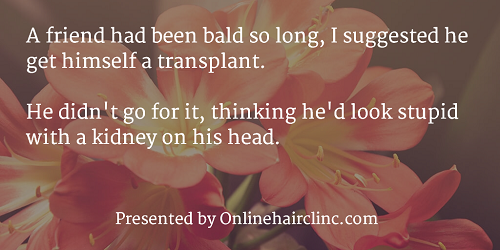 A friend had been bald so long, I suggested he get himself a transplant.

He didn’t go for it, thinking he’d look stupid with a kidney on his head.