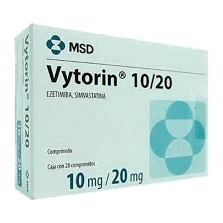 Simvastatin/Ezetimibe Not Beneficial in Alopecia Areata

Simvastatin/ezetimibe does not appear to be beneficial for severe alopecia areata (AA) in a sample of 20 patients, according to a letter to the editor published in the May issue of the Journal of the American Academy of Dermatology.

Camilla Loi, M.D., from the University of Bologna in Italy, and colleagues present the results of a prospective study with simvastatin/ezetimibe in 20 patients older than 18 years with AA totalis/universalis or involvement of the scalp >70 percent, who had previously undergone one or more treatments.

For six months, patients were given simvastatin/ezetimibe 40 mg/10 mg daily.

Patients were evaluated every eight weeks and underwent global photography and blood tests together with assessment of the tolerability of the drugs.

The researchers found that 85 percent of patients had completed the study at the end of the six-month treatment period.

Eighty-two percent of patients (14 of 17) had no hair regrowth; 12 and 6 percent had a transient diffuse hair regrowth followed by total hair loss in one month during the treatment period and a patchy hair regrowth of pigmented hair, respectively.

Three patients had side effects, including mild headache or muscle cramps, which did not interrupt treatment.

“In conclusion, we did not obtain any result with simvastatin/ezetimibe therapy in severe AA,” the authors write.

“More studies with a control group, a higher number of patients, and a longer duration of therapy are necessary to verify the real role of simvastatin/ ezetimibe in the treatment of AA.”