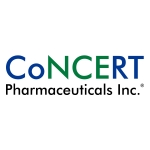 Concert Pharmaceuticals, Inc today announced that it has initiated its Phase 1 clinical program for CTP-543, which is being developed for the treatment of alopecia areata, an autoimmune disease for which there are currently no approved treatments.

CTP-543 was discovered by applying Concert’s deuterium chemistry technology to modify ruxolitinib, which is commercially available under the name Jakafi® in the United States for the treatment of myelofibrosis and polycythemia vera.

Ruxolitinib has been used to treat alopecia areata in academic settings, including an investigator-sponsored clinical trial, and has been shown to promote hair growth in individuals with moderate to severe disease.

Concert’s Phase 1 program will assess the safety, tolerability, pharmacokinetic and pharmacodynamic profile of single- and multiple-ascending doses of CTP-543 in healthy volunteers.

“Alopecia areata is a disease that can have devastating effects on patients but which currently lacks approved and effective therapies.

We are pleased to broaden Concert’s pipeline of clinical drug candidates with the advancement of CTP-543 into clinical testing. CTP-543 is another example of how we have applied our novel deuterium platform to create medicines that represent new treatment options,” said Roger Tung, Ph.D., President and Chief Executive Officer of Concert Pharmaceuticals.

“Recent advances in our understanding of alopecia areata biology, combined with patient data from several investigator-initiated studies, give us confidence that CTP-543 has potential to be an effective treatment.

We hope to move this program quickly through Phase 1 evaluation in order to initiate efficacy studies in patients with alopecia areata next year.”

The Phase 1 program is expected to enroll approximately 80 healthy volunteers. Dosing has been initiated to assess the safety, tolerability, and pharmacokinetics of single-ascending oral doses of CTP-543 in a double-blind trial compared to placebo.

Following successful completion of the first part of the Phase 1 trial, Concert will assess CTP-543 dosed orally once-daily or twice-daily for seven consecutive days in a double-blind, placebo-controlled, multiple-ascending dose trial. Pharmacodynamics of CTP-543 will also be assessed after a single dose and after 7 days of dosing in the multiple-ascending dose trial.

The Company expects to report top-line data upon completion of the multiple-dose Phase 1 program in the fourth quarter of 2016 and initiate a Phase 2 efficacy study in early 2017.

Additional information is available at www.clinicaltrials.gov.

Alopecia areata is an autoimmune disease that results in partial or complete loss of hair on the scalp and body that may affect up to 650,000 Americans at any given time1.

The scalp is the most commonly affected area, but any hair-bearing site can be affected alone or together with the scalp. Onset of the disease can occur throughout life and affects both women and men.

Alopecia areata can be associated with serious psychological consequences, including anxiety and depression.

There are currently no drugs approved by the U.S. Food and Drug Administration (FDA) for the treatment of alopecia areata.

In 2015, the FDA selected alopecia areata as one of eight new disease areas that it will focus on under its Patient-Focused Drug Development Initiative (PFDDI) meeting during fiscal year 2016-2017.

The goal of the PFDDI is to bring patient perspectives into an earlier stage of product development.

The Company is developing a broad pipeline targeting genetic diseases, autoimmune disorders, CNS disorders and inflammatory diseases, among others.